Did You Know Bicycle Reflectors Are Useless? Here’s Why 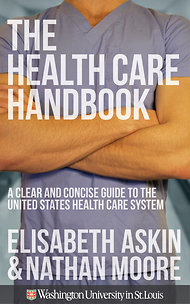 Bicycle reflectors can be seen attached to all forms of road bicycles simply because it is legally mandatory, just like how all cars need to come with working lights as well. This reflector is also commonly called the prism reflector and is attached around the bike, including unto the wheels of the bike. The idea is that when headlights of an oncoming vehicle flash against the bike, its reflectors will in turn replicate the light, which then lets the other users of the road know of the presence of the cyclist on the road. Reflectors are actually pretty commonly used on the road as while as you can find them on signboards and

The Problem With Bicycle Reflectors

Although reflectors do not require energy to produce light, the general consensus from bike riders is that bicycle reflectors are unattractive and obtrusive. Worst of all, many find that bicycle reflectors only work very well under certain conditions which sadly, commonly occur on the road. For instance, the oncoming cars may night be flashing their headlights directly at the bike reflector, thereby allowing them limited vision of the cyclist. Even if the headlights are aimed straight at the reflector, the reflector itself could have been attached at an awkward angle, which does not allow it to reflect light in return.

From Bad, to Worse…

Even if all the stars align and the headlights do beam correctly against the bicycle reflector, which then correctly returns the light back to the oncoming car, the driver’s eye may be outside of the observation angle, meaning that he or she will still be unable to view the reflected light. As if all these technical problems weren’t enough, Mother Nature can also greatly affect how bike reflectors work. Specifically, bike reflectors do not work in fogs, for pretty obvious reasons. At other times, the car itself may have malfunctioning headlights.

So Do We Need Bicycle Reflectors?

At the end of the day, we still need bicycle reflectors. This is simply because a human life is surely that much more important and every bit of accessory that can help protect a cyclist’s life takes precedence.