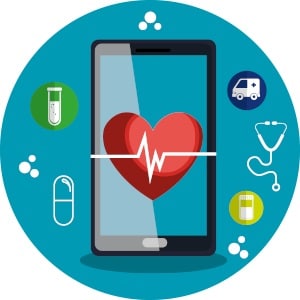 We are a technology-driven society. In addition to having iPads, e-readers, smart phones and laptops, as many as 66% of the households in the U.S. have three or more computers, according to The NPD Group. What happens to these devices and computers when they break down or are replaced by newer models? The goal is to save them from the landfill and encourage users to participate in e-cycling. There are consequences for not doing so.

Did you know that it’s illegal to throw away electronics? Many state laws exist to ban all electronics from ending up in the landfill. This includes desktops, laptops, monitors, TV’s and accessories. In fact, according to the 2006 Senate Bill’s update to the Electronic Products Recycling and Reuse Act, the fine for violations has been increased to $7,000. This applies to both personal use and manufacturers. Thanks to this amendment, they expect to double the amount of electronics being recycled.

The Benefits of Recycling Old Computers

In our technology-driven society it is imperative that we dispose of old computers in a responsible way. According to the EPA, e-cycling reduces landfill usage and incineration, prevents pollution, saves energy, decreases greenhouse gas emissions, conserves natural resources and helps protect the environment for future generations.

What are The Necessary Steps to Recycle a Computer?

Throwing an old computer out on the curb isn’t an option. Computers contain materials that are harmful to the environment. To protect the ozone and prevent toxins from causing further damage, it’s important to recycle old computers. The following is a list of steps you need to take to destroy your hard drive and prevent identity theft from leaving personal information on your computer:

Back up your files. Use a flash drive or disk to copy any information you need to save.

Remove your personal information. To do this you can use hard disk software or destroy the hard drive.

Shut it down. Close all programs shut off the computer and unplug it. Use caution when removing parts form the computer as they may contain static shock.

Remove the hard drive. You’ll need to find where it’s screwed in and remove the screws.

Smash the hard drive to destroy it.

Some parts of the computer can be removed and sold as scrap. Find the gold fingers, bonding wires, the motherboard, SIMS, transistors, electroplating, connectors, CPUs and RAM. Once you’ve collected enough of each of these items you can cash them in either at a local scrap yard or online, using sites like eBay. People will pay for the gold, silver and copper found in computers.

If you want to avoid the fines and save the environment, but you are still unsure about what each computer part looks like or how to disassemble a computer, you can always call stores that sell computers and ask about their buyback or recycling programs, contact your local recycling center about e-cycling or call a junk removal service to scrap it for you.