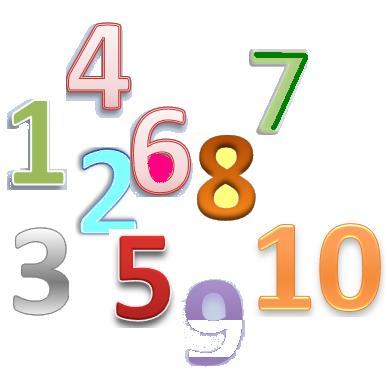 It is amazing how easy it is to get off track in life. We are just where we want to be and then two or three years later we find that we are in a completely different place. Not at all where we wanted to be and not really knowing how we got there.
My name is Norman Davies. Fitness was never really a big part of my life growing up and it seems that I have gone through a regular ten year cycle where my weight has gone up to levels where I just did not feel comfortable and then I took steps to get back in line. Not like yo-yo diets more like just a regular schedule of forgetting what is important.
When I turned forty the death of a friend really made me think about what was happening in my life and I decided to begin to really take action. I started running.
I like big goals and shortly after I began running I decided to run a marathon. That was a big goal and I did complete my first marathon and several more. The thing about training for a marathon is that you begin with a base distance and then add an additional Kilometer every week or so and before you know it you are running forty-two kilometers. It really is just a step-by-step process and anyone in reasonable health can complete a marathon – really.
That first marathon was a big step in achieving quite a high level of fitness. I would say that about six years ago I was in the best shape of my life. At 5’11”, I weighed 170 pounds and could run ten kilometers at the drop of a hat. I was strong and felt great.
Well, I am not sure where it started but over the last four years I slowly moved away from that place. Some stressful changes in my life made it tough to focus and I began to slip into old habits. Too much drinking and too much eating and perhaps spending too much time around unmotivated people put me in a place where I was not happy.
On December 13th 2009 I had a big shock. The kind of shock that really makes you examine life – every aspect of life.
Well, I looked at my life and found that I had “mysteriously” moved from being in a great place where I was fit and positive to a much worse place where I was heavy and feeling not so great about my world.
There is a great line from the movie “Shawshank Redemption” where the main character says, “get busy living or get busy dying” and like that character I decided to get busy living.
I looked at every area of my life but the first was my fitness and my weight. I decided I wanted to lose the weight and get back to my healthy weight of 170 pounds. I also decided to get fitter and stronger than I have ever been in my life and to do all that fast!
On December 13th 2009 I weighed 194 pounds and I set a goal to get to 175 pounds by New Years day and to get to 170 as quickly as possible after that.
This is what I did:
Now, this is where I should say that this kind of weight loss is not recommended and that you should check with your doctor, etc. but I knew that I was healthy and had no underlying health problems and that I would not do anything to myself that did not feel right.
So this was the routine I began on December 14th, 2009.
– Wake up and have one strong mug of Americano style coffee with a tablespoon of brown sugar.
– Have a shower; get dressed in my running gear and run a six-kilometer loop from my home. Take a Power Gel with a glass of water just prior to leaving for my run.
– Return home shower again.
– Have a breakfast consisting of a banana and a couple of multivitamins and a cup of tea with milk.
– Get to work at my home office or head out for meetings.
– Lunch, which consisted of a bowl of fresh fruit.
– Dinner was a salad with lettuce, cucumber and tomato and a small grilled beef or tuna steak.
– Throughout the day I drank as much tea with milk or water with lemon juice as I wanted.
– In the evening I would take a long walk. Walking anywhere from 5 – 10 kilometers.
– In addition to the running and walking I would do exercises using a ball focusing mostly on core and upper body strength.
That was it. On Christmas Day …