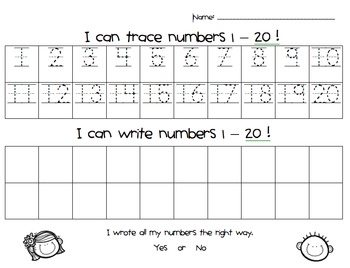 Earlier this month, a publically-funded Louisiana high school admitted it may be forced to withdraw a policy allowing the school to impose pregnancy tests on female students. The policy would restrict any pregnant teen from attending classes at Delhi Charter School and force her into homeschooling.

The school’s pregnancy policy was never much of a secret. The school website plainly stated that DCS reserved the right to force any female student to succumb to a pregnancy test in the case of a suspected pregnancy. If a student tested positive for pregnancy, the site added, she would no longer be allowed to attend classes on the high school campus. Furthermore, any student unwilling to take a pregnancy test would be treated as if she were indeed pregnant and be made to take up home study options. Any female student who did not wish to be homeschooled would then be told to seek an education elsewhere.

One school board member, Albert Christman, told BBC News that only a “handful” of students had been affected by the policy, which went into effect in 2006.

According to DCS principal Chris Broussard, there have never been any complaints from teachers or students regarding the school’s pregnancy policy. After the school received a letter from the American Civil Liberties Union, Broussard released a statement saying that the policy had been referred to a Monroe, Louisiana law firm for revisions, in order to ensure that the school once again be in compliance with constitutional law.

In her letter to DCS, ACLU Executive Director Marjorie R. Esman pointed out to the school that its policy was remnant of “the archaic and pernicious stereotype” wherein if a girl has been involved in sexual activity, she is not only a poor example for her peers, but has overstepped the bounds of what is considered acceptable behavior for young girls.

According to the ACLU, the school’s pregnancy policy stood in direct violation of Title IX of the Education Amendments of 1972. This federal law states that educational programs cannot discriminate against students on the basis of gender. The ACLU holds that DCS’s policy against allowing pregnant students access to an education on campus is discriminatory because it treats girls who are pregnant or suspected of being so different from other pupils.

CNN reports that Delhi’s willingness to reconsider the policy was welcome news to the ACLU Center for Liberty director Louise Mellon.

Mellon explained to the news source that today’s pregnant teens have the right to be in class, exactly as any pregnant woman maintains the right not to be fired from her job due to pregnancy. She described the school’s pregnancy policy as “reminiscent of the fifties,” and added that any new policy should not require female students to take a pregnancy test or to be forced into homeschooling.

Classes at DCS began again on August 15. The school amended its policy as of August 10 to read: “Pregnant students will be permitted to continue in any education program or activity, including any class or extracurricular activity, at DCS. The school shall not be held responsible for any medical problems related to the student’s pregnancy while attending DCS.”…